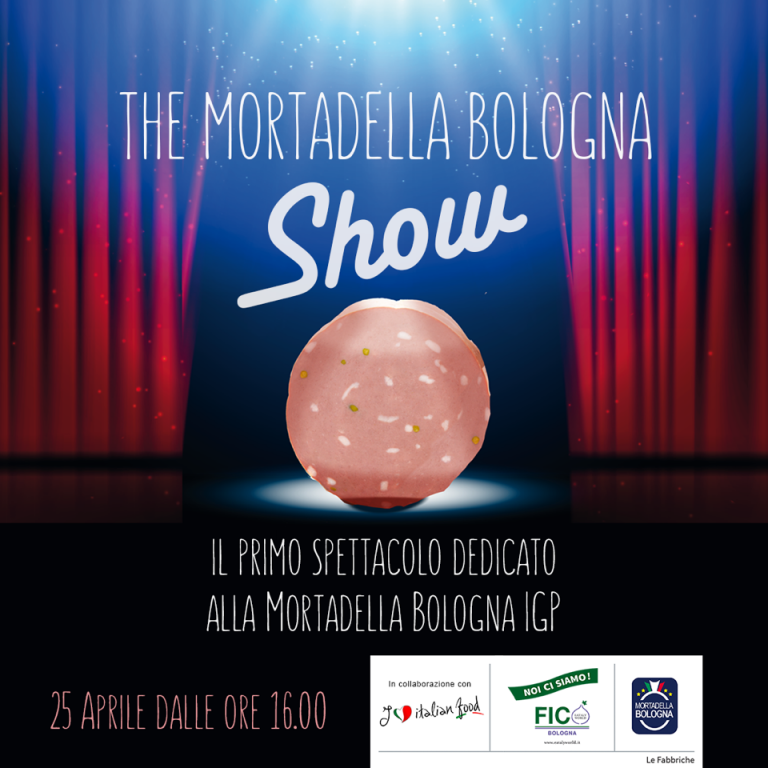 Discover with us the secrets behind the unmistakable taste of Mortadella Bologna.

Wednesday, April 25 at 4pm at the Fabbrica of Mortadella in FICO, Bologna, the Queen of Italian cured meats becomes the true protagonist of a spectacular show where the tasting intertwines with entertainment thanks to the guidance of two exceptional performers: Chef Marcello Ferrarini and Franz Campi.

Marcello Ferrarini, ultimate gluten-free chef and protagonist of Gambero Rosso format “Gluten-free, with taste”, will lead us to discover Mortadella Bologna PGI guiding us through its contemporary and alternative uses while Franz Campi, performer of theater-song, presenter and author of famous pop texts including “Banane e lampone” for Gianni Morandi, will involve us with curiosity and stories about Mortadella Bologna.